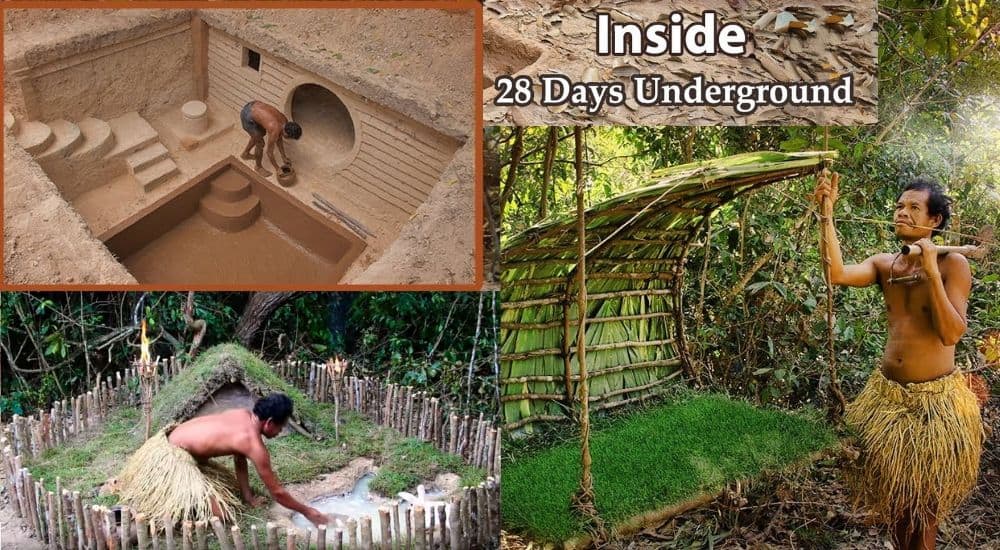 The God of YouTube, also known as YouTube recommendations, has recently chosen a new YouTuber to dominate the Internet. It is no secret that the YouTube algorithm has never failed to surprise or puzzle us with fresh, unique content now and then. No one seems to know how it works. Today is no exception. Mr. Heang Update, a YouTuber from Cambodia has been making waves on the internet and has only been active in the YouTube creators’ scene for barely 6 months. His content? Building jungle homes and making primitive traps.

It is delightful to see that jungle survival skills, which probably is pretty common just a few decades ago, is now refreshing content on our YouTube feeds. Mr. Heang Update has beaten the algorithm with God knows what technique and building a variety of different jungle homes in a part of a forest in Cambodia.

The channel also states that these videos are to depict their (Cambodians) daily activity in the forest and what they do in order to survive and thrive. Every video is hard work, where they could take 10-30 days to bring the jungle home ideas to fruition. Not to mention, the professional videography and editing skills, one can only wonder how much effort is spent into these videos for our enjoyment.

On 16 May 2019, Mr. Heang Update uploaded a video that really went big. It alone garnered 49 million views to date, and that number is still going up at rocket speeds. Have a look and witness the ancient skills at play:

This project took 28 days to build/film, and we can see how the local was able to build the underground house and pool from scratch with no modern tools at all.

2519:”this must be the tomb of the late emperor of the world”

Mr. Heang Update isn’t the only Cambodian Sensation on YouTube

Dwelling more into this topic, the Guidesify Team has found that there are numerous channels from Cambodia that mimics the same video genre and concept as Mr. Heang Update. Sure enough, most of these channels are just as intriguing and are absolutely satisfying to watch.

This channel revolves around building animal traps to live a sustainable life in the wild if you ever get lost in the woods. The thumbnails do look shady and definitely fake, but we are definitely not in the position to stop the Cambodian locals from having a little fun.

This YouTuber Channel has almost the same concept as Mr. Heang’s Update but has a more specific focus on aesthetically appealing underground pools.

Another DIY animal trap channel that has gone viral more than a year ago.

A channel that has over 3.7 million subscribers, Tube Unique Wilderness focuses on underground pools as well but its videos usually consist of a team of 2 diggers.

These Cambodian YouTube Channels All Seem to have something in common

After surfing on YouTube for hours, one can’t help but realise that these Cambodian YouTubers seem too identical to each other as if they were all kickstarted by the same guy. They are strangely all created around the same time frame, use the same type of videography and editing techniques, and there weren’t much talking or commentary in the videos.

Could someone be lending a hand to these Cambodians and offering his or her expertise in this field to help them make a livelihood out of these videos? Who knows? Only time will tell.