Primitive Technology – The Origin of All Primal Videos on YouTube 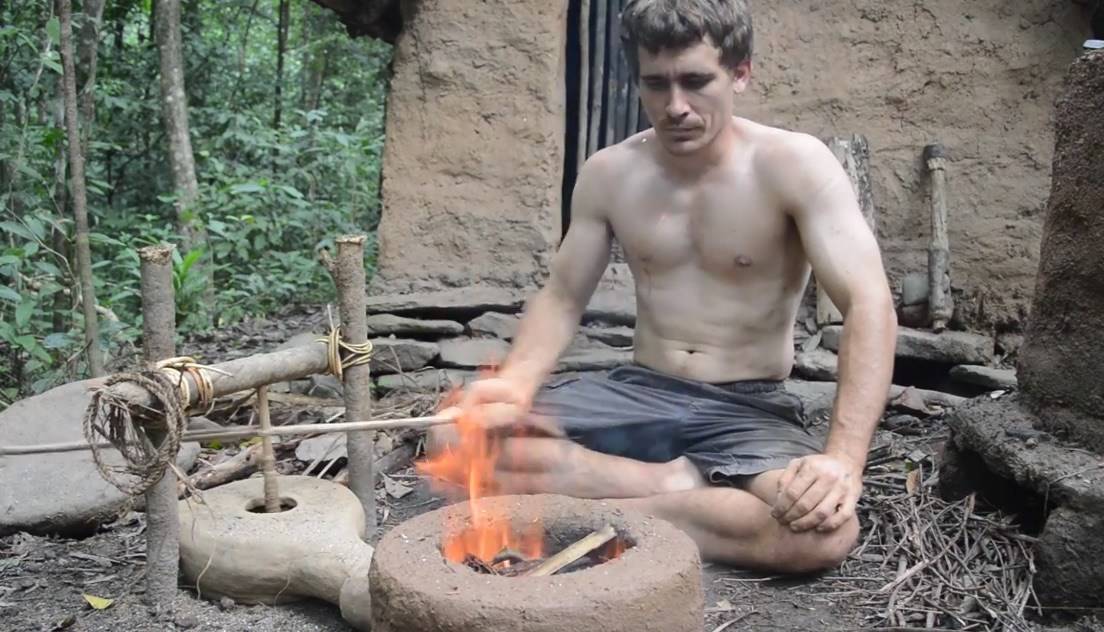 Primitive survival videos are blowing up everywhere on YouTube, with hundreds of channels from countries like Cambodia, Indonesia, Vietnam and more recently, Korea, making such videos to attract millions of views from City people like you and me. We once talked about a few of the more popular wilderness survival YouTube personalities, namely Mr. Heang Update and Tube Unique Wilderness, but these are all just mere copycats of the original Primitive Technology channel, owned by Australian survivalist John Plant.

With 9.92 million subscribers and a total count of 806,065,312 views across all his videos, it is no wonder the survivalist trend caught on back in Southeast Asia, where these channels are making waves on YouTube as well.

His name is John Plant, an Australian survivalist living in the North of Queensland. Started in 2015, the channel and his Patreon page alone generates enough revenue to fund his frugal lifestyle. According to him, a million views equal a thousand Australian dollars. Some may say that he should make ‘full use’ of his YouTube reach by getting paid sponsorships which probably pays a lot more while others salute him for not stooping to that level.

It pays way more than his previous job as a lawn mowing contractor anyway.

Also, Primitive Technology labour-intensive projects are usually only a 15-minute walk away from the actual house he resides in. John Plant is definitely living the dream.

What does Primitive Technology Think About Other Copycat Channels?

Although it sounds good to have a crystal clear underground swimming pool built solely out of natural materials and tools, those videos posted by these copycat channels are faked to a certain extent.

He also states that he is perfectly fine with the knockoff channels since it is a free country (world). It was explained to him by his YouTube partner manager as being “all part of the ecosystem”. And while some fake their videos or copy Primitive Technology, John found a few to be genuine and clever.

Not A Single Word is Muttered in All Primitive Technology Videos

Originally, the footage filmed by John Plant was used to show friends and family. No words were said in his videos largely due to laziness. However, the silent format resonated so well with YouTube audiences that he decided to keep it that way ever since.

It is no brainer that Primitive Technology is not a mute and has an Aussie accent as well.

Tip: Turn on the captions when you watch Primitive Technology. The captions are his voice in the videos, explaining everything that he is doing in detail

A little over a year ago in 2018, John Plant has posted a tutorial video on creating iron prills from scratch. This was done by smelting iron bacteria in a DIY short furnace.

He has also posted a tutorial more recently on making a pot out of wood ash, a new clay alternative that does not dissolve in water.

That’s how fast Primitive Technology is progressing in just years of experimenting and researching. Pure dedication.

He Published a Survival’s Guide Just This November 2019

The ultimate guidebook named ‘Primitive Technology: A Survivalist’s Guide to Building Tools, Shelters, and More in the Wild’ features 50 projects with step-by-step instructions. Each project is accompanied by illustrations and mini-sidebars with the history behind each item.

Primitive Technology also included helpful tips for building, material sourcing, and so forth. Whether you’re a wilderness aficionado or just keen to spend more time outdoors, this book has something for everyone’s inner nature lover. Alternatively, you can always check out his subreddit page or blog. Both resources contain tons of valuable information that is regularly updated by a community of 36 thousand Redditors and John respectively. Check them out!

Home » Primitive Technology – The Origin of All Primal Videos on YouTube