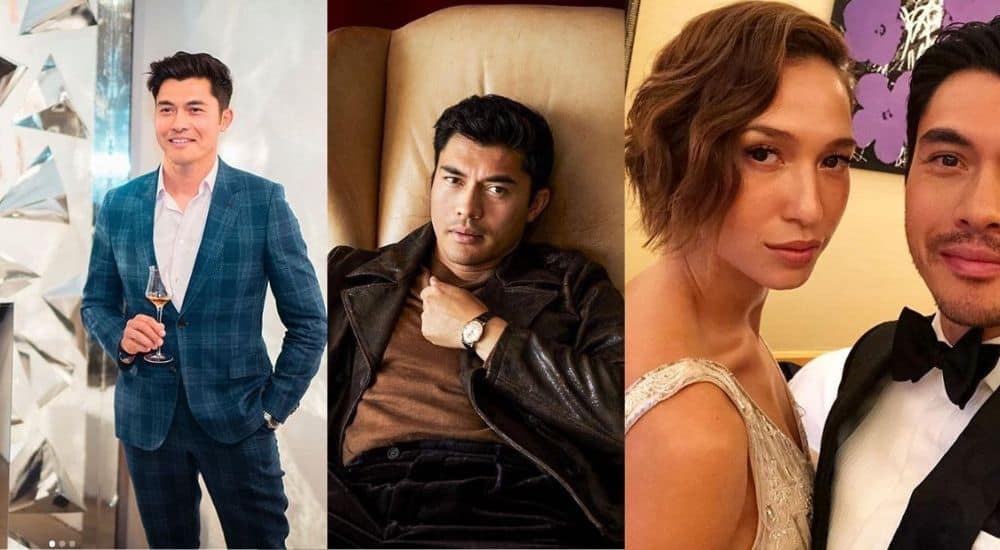 Best known for being Nick Young in Crazy Rich Asians, Henry Golding is ironically not Singaporean but Malaysian. Nevertheless, he is based in Singapore and lives with his beautiful wife, Liv Lo. As an upcoming talented actor, Henry Golding is well praised to be highly sought for by the industry after only a few but notable gigs. Here are some fast facts to get the juicy details about him.

Just arrived in Milan for Men’s Fashion Week wearing a look from the Ralph Lauren Purple Label Spring 2019 collection. Very much looking forward to seeing what's new since we were at the 50th anniversary a few months ago in NewYork 🙌🏼 . #RLPurpleLabel #SS2019 #FW2019 📷 : @kevintachman

My grasp of the Italian language consists mainly of hand gestures and emphatic, hungry noises… Who can translate what I'm saying? 🤓🇮🇹👨🏻‍🍳🦀🦑🍦🍝🥫🍷🍫🍮🍽

Hope you all are spending time with loved ones, be it friends or family. Merry Christmas from the Goldings!! ❤️🎄⛄️🎅🏽🦌⭐️

Watch: Surviving Borneo where Henry Golding returns to his roots to complete his journey of manhood.

Henry Golding is full of mystery.

It is no secret that Crazy Rich Asians was Henry’s very first Hollywood movie (he was recommended by a lovely lady in the accounting department named Lisa Kim). Heck, his last movie before that was in 2009.

In The Tonight Show Starring Jimmy Fallon, Golding stated that he wore several hats before actually making it big into the film industry. He was labelled the “sexual healer” in his end-of-year book. Little did we knew that he is also part Iban and has taken a 2 months long Iban rite of passage, which was documented on the Surviving Borneo TV series on the Discovery Channel.

Most recently, it is reported that Henry Golding has also started a production company named Long House Productions with two films already in the making.

One can only wonder how many other lives he had before becoming what he is today.

Met on the first day of 2011, Mr and Mrs Golding caught each other’s eyes and fell in love shortly afterwards. Henry then proposed 4 years later after the first date and tied the knot at a dreamy garden ceremony in Golding’s hometown, Sarawak, Malaysia.

Cannot believe it has been a year… Happy anniversary my queen. This has been one of the craziest of both our lives and I could not have done it without you. You are my greatest motivation and the best companion I could ever wish for. Love you more and more everyday, here's to our endless adventure x

However, the downside to having successful careers is that the couple spends a lot of time apart from each other. Moreover, it is also apparent that the biggest struggle for them was to be able to accept that Golding will be on screen “falling in love with someone else”. Regardless of all these challenges in their relationship where some would have given up, the two took it as part of a learning process and allowed their love to continue blossoming. What a story to tell.

Think we missed out anything important about Henry Golding? Let us know in the comments section below!