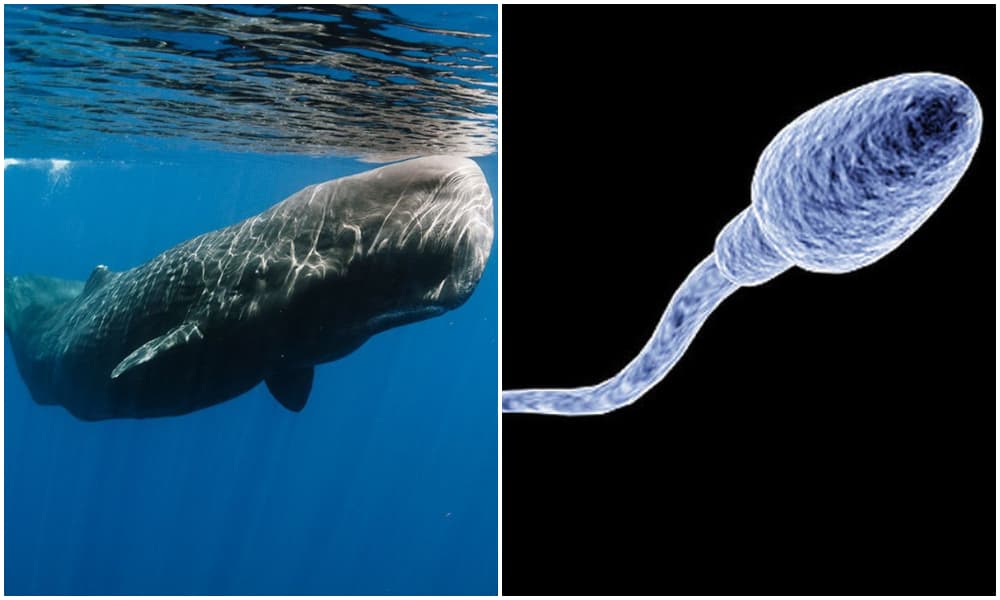 Many people, including us, have definitely wondered why sperm whales (also known as cachalot) are named sperm whales at some point in our lives. Why on Earth are sperm whales named after the male sex cells? Is the reason really because of their passing resemblance with that? Or is there another reason behind this? Let’s find out.

Sperm Whales: The Largest of the Toothed Whales

Being the largest of the toothed whales means having the largest brain of any creature to have lived on Earth. Their males also grow up to the length of 19 metres long – more than 5 times the length of an adult elephant! Not to mention, the sperm whale is also ranked second in deep diving,  bested only by the elusive Cuvier’s beaked whales.

The Origin of the “Sperm Whale” Name: Bad Misunderstanding

The name sperm whale, short for spermaceti whale, became mainstream at the end of the 18th century. This was during the time when whaling was conducted commercially. The industry was booming with the absence of great scrutiny by regulatory bodies back in the days. During such harvests of whales, fishermen would often mistake the Spermaceti as the whales’ sem*n.

So if it is not Sperm, What is Spermaceti?

Spermaceti is produced by the spermaceti organ. This organ is unique only to the sperm whales and to be honest, scientists still do not have any revelations about the function of this semi-liquid and waxy substance.

Some hypothesised that it aids in controlling buoyancy via manipulation of the contained spermaceti oil’s temperature while others claimed that it essentially works as a sonar assisting the sperm whale in echolocation. The latter is currently the generally accepted concept.

Before whale oil was banned back in 1972, spermaceti was used for various purposes. It could be cooled into a wax while the organ also holds sperm oil that was used as a lubricant.

Fun fact: Despite whaling back in the 18th and 19th century, sperm whales are still fairly huge in numbers. Guess the ban worked on reversing the decline of sperm whale populations.

Somehow, dead whales that explode always seem to involve sperm whales. Hmm… maybe this is the real reason why they are named that way. Jokes aside here is a video of a sperm whale explosion caught in the Faroe Islands.

It is definitely not for the faint of heart and will serve as a fair warning to everyone to not go up close to a dead whale corpse.

“When you’re on your period and you sneeze”

Sweatcoin: Does It Really Pay To Walk? Convert Steps into Cash, Legit or Scam?