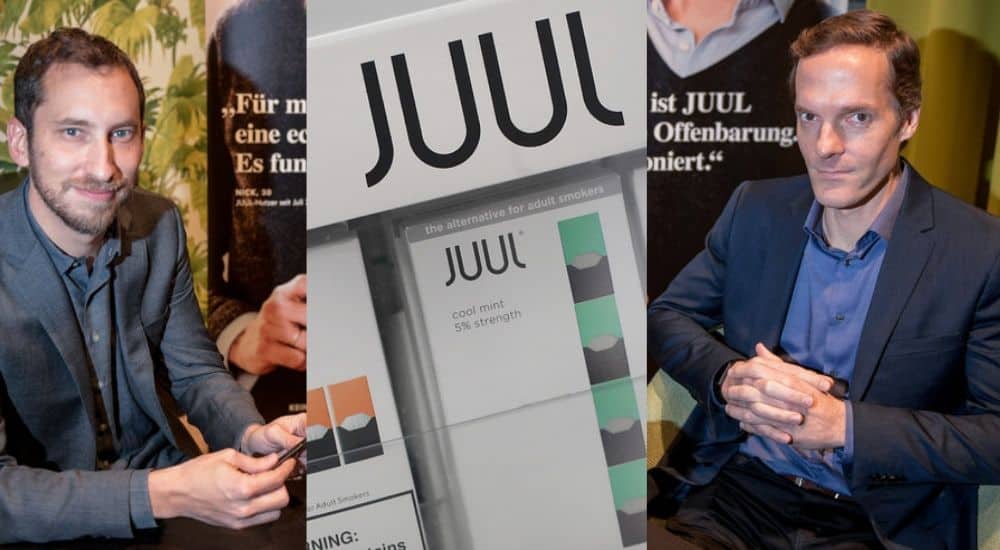 Are electronic cigarettes the new trend? With the absence of releasing harmful substances while dispensing nicotine vapour via a plastic cig, yep! The e-cig business is, without a doubt, a booming industry that offers lots of untapped potentials. While sales for traditional cigarettes have fallen as a whole, experts have forecasted e-cig profits to surpass those of combustible cigarettes within the next 10 years. This led to confident shareholders investing a 35 percent stake in the vaping company, pushing their valuation to a whopping $38 billion. Here is why every employee at Juul is going to be a millionaire.

Juul: The Jewel of the E-Cig Industry

Founded by Adam Bowen and James Monsees in 2017, Juul was spun out from Pax Labs (also founded by Adam Bowen and James Monsees) as an independent company from the former and was introduced as a new e-cigarette product that uses nicotine salts in leaf-based tobacco as its main ingredient. Being shaped like a USB thumbdrive, the Juul vaping device has a minimalistic design which appeals to millennials and the youth.

Juul instantly became the next sensation in the electronic cigarette industry in the United States by the end of 2017, with a whopping market share of 72%. This rapid growth of the startup enabled them to successfully quintuple in size in a short span of a year in 2018 – 200 to 1500 employees, averaging about 120 new employees per month.

One of the largest cigarette manufacturers, Altria, was the lead investor in the corporate round on 21 December 2018 and bought 35% of Juul at a valuation of USD 38 billion. Experts stated that this deal was by far one of the largest venture rounds in US history and was mostly due to the rising trend of smokers switching over to electronic nicotine variants. Moreover, Altria’s e-cig (MarkTen) was not doing well in terms of sales.

Shortly after, CNBC reported that a $2 billion bonus would be distributed among the 1500 employees at roughly 1.3 million USD per employee. The bonus is paid out as a special dividend as part of the deal, and the amount each employee gets is dependent on various factors such as the length of employment and number of stock held.

Although potentially being the next big thing in the nicotine fields, Juul continues to face multiple challenges ahead. Some might say that Juul is “over-appealing” to its market audiences; it has been troubled with investigations very frequently. As teenage e-cigarette use has skyrocketed over recent years, the central allegation that has dogged Juul even until now is that its advertising campaigns appear to be targeted at teens. The company is bashed for its role in worsening the “epidemic” despite making efforts to structure a 7.5 million USD grant to Meharry Medical College to research the impact of e-cigarettes or promising to cut access of its products to kids.

Could Juul break under pressure in the long run? Only time will tell.