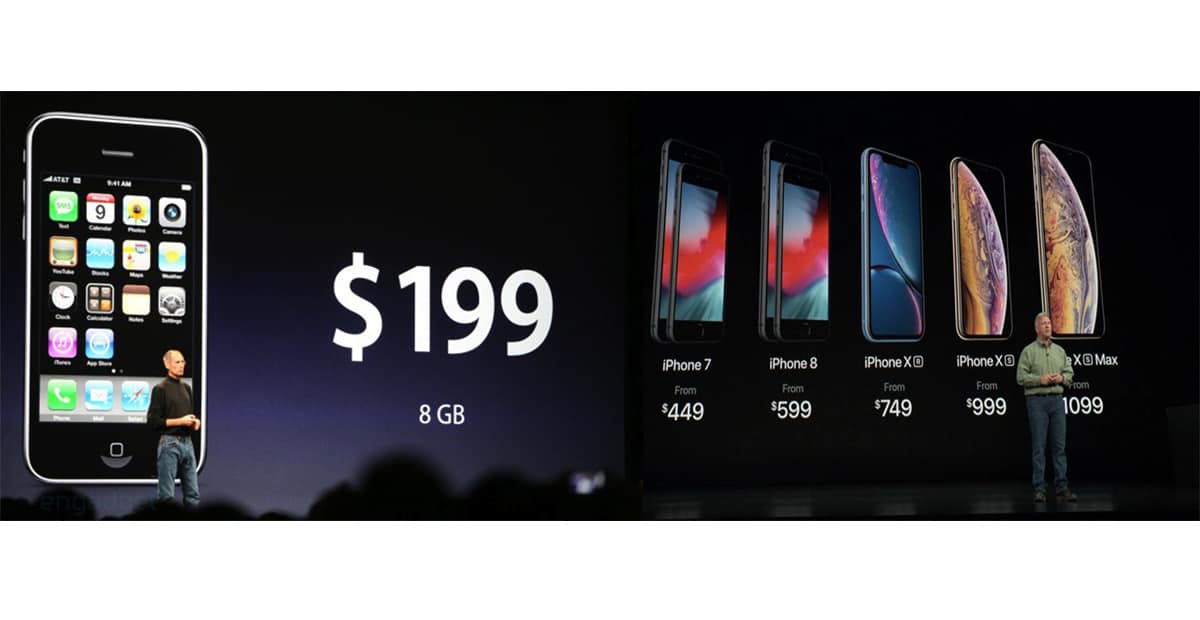 It’s that time of the year again, the new release of the iPhone. As expected, the prices for the iPhone has skyrocketed. The most expensive iPhone XS Max is a whopping $2,349.00 according to the official Apple website.

In summary the prices are as follows:

Of course, this caused a huge uproar. We have handpicked the best reactions online across various platforms. In case the screenshots aren’t clear, we have written them down below each photo.

Here are their reactions for the iPhone XS:

Ok there are definitely people waiting for the price drop on iPhone 7 and iPhone 8, but this guy is on the next level.

Yup, the classic Samsung or Android is better than Apple comment.

Can this phone perform Dialysis? Asking for a friend.

Mortgage company: Why are you late on your mortgage?

Mortgage company: Well hopefully the iPhone xs comes with an app to put a roof over your head!
#OverIt
#MovingOn

Our answer: Probably not now. But hey! Apple is going big on Apple Health. Who knows if this is possible in the future? Even if the technology is there, we will probably need to add on another $2000.00 to access this feature.

By the way, nice finger.

I don’t know what’s worse, that Apple can get away selling phones for the price of a new desktop or that someone is actually going to buy it.

Indeed. With 2k, we can build a decent gaming pc with some money left. We always wonder why people are willing to spend so much on a phone. Perhaps one of the next commenters have the answer?

1. Go there and add everyone as friends on FB.

2. Take selfies tgt saying how exciting it is to get their new phone.

3. Everytime when these jokers say cost of living too high/whine about bills or fares increase, tag them in that post with the picture you’ve taken with them.

4. Go to Cinnabar Island and stock up em Burn Heals.

(Context: Long queue at Apple Store for the new iPhones)

Everyone is complaining about the cost of living and can’t pay for this or that. Yet, so many of us are still willing to spend $2000 on a phone.

On a more serious note, most of these people are probably people looking to resell their phone for a quick buck. No burn heals needed.

Only a fool would spend $2000+ on a phone when there are so many WAY cheaper options available.

2) Rich people who want to flaunt their wealth

3) People who don’t know much about technology and just buy whatever is new on the market.

He is right. There are tons of phones in the market that costs significantly less and perform decently well.

Girls get wet for you, when they see you using MAX with 512GB.

where can i sell liver/kidney for the new iPhone Xs max 512gb? Tiagong its almost 2.5k

Please don’t. It’s not good for yourself. And illegal too.

Guilty as charged for the grab surge part.

#52813:  I was sitting behind this person from my tutorial group. I overhead him asking people around him (maybe his friends??) if anyone noticed something special and new about him.. Some thought it was a new hairstyle or clothes or shoes etc.. But he got very pissed and left the lesson soon after nobody noticed his new $2000 iPhone XS MAX. I loled. Didn’t know iPhone became a fashionable status symbol..

Hue hue hue… Looks like someone tried to hao lian but failed and became salty.