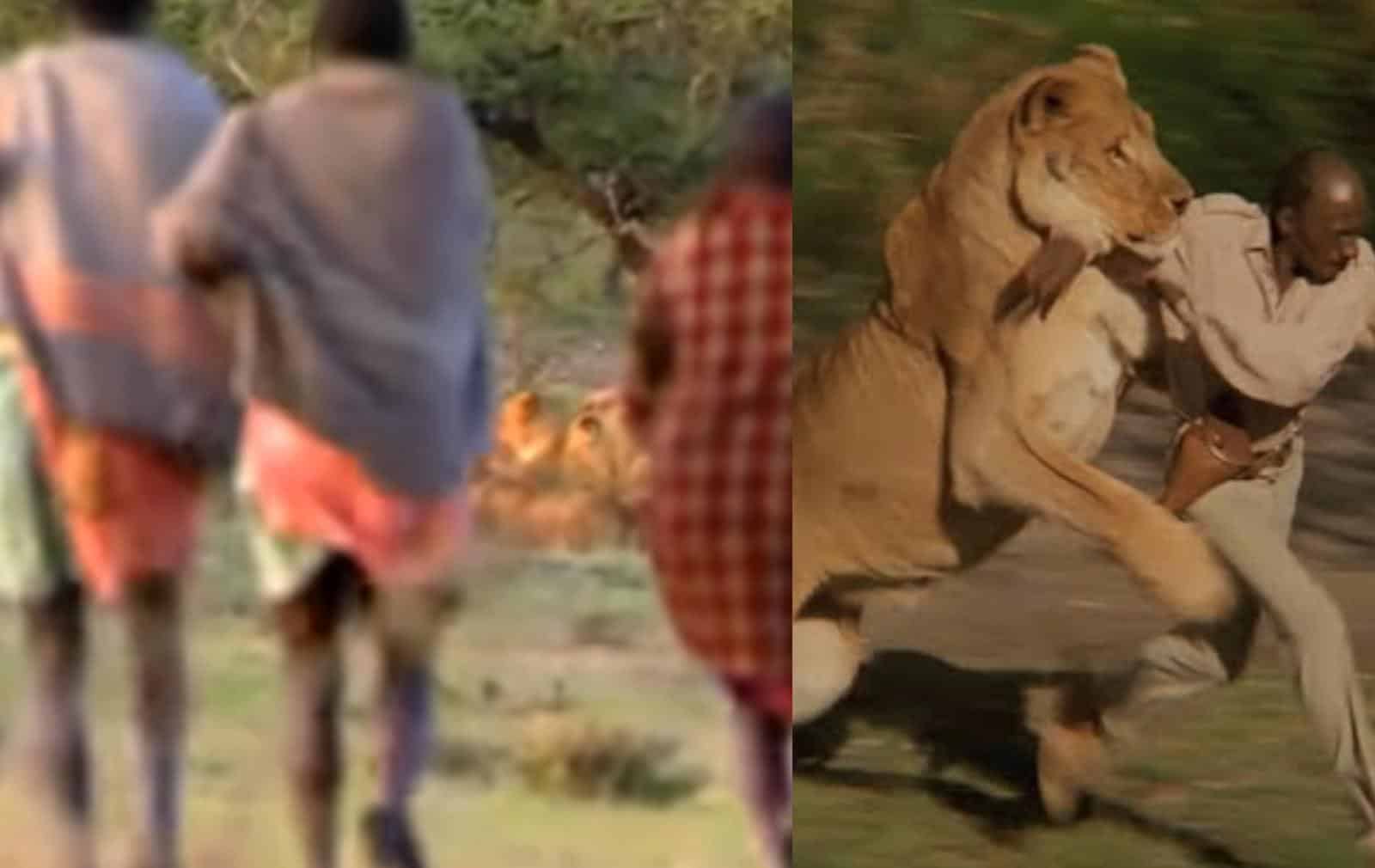 There are still a few people left on Earth who are still surviving and thriving in the wilderness without the tools of technology. A majority of these people hunt their own food. Some might even choose to resort to agriculture and growing their own livestock to safeguard their probabilities of survival. In BBC, however, they have found 3 African men who came up with the most ingenious yet ridiculous idea of using the apex predators of the savannah to their advantage: the lions. One of the veteran warriors, Rakhita, is already aged 65. He alone has been attacked by lions before and knows that it could end badly… obviously.

How Dangerous Are Lions?

They’re more than two times of your weight, have blades appended to all of their feet, have teeth the length of your middle finger and have more power in one leg than you have in your whole body.

Lions may look majestic and peaceful in zoos and circuses, but they can be very nasty creatures to humans. During a railway construction project connecting Nairobi to Mombasa, there was a pair of lions named the Tsavo Man-Eaters who were responsible for taking the lives of at least 28 Indian and African workers. Although their unusual behaviour of developing a hearty appetite for humans is highly unlikely, it is the most notable case and proof that lions can be formidable and almost undefeatable predators. You do not want to go near a lion at all. Not the case at all for these 3 fearless topless warriors though.

The Tsavo Man-Eaters in plain view in the Field Museum of Natural History in Chicago, Illinois, the United States of America.

The trio stated that self-confidence is the key to everything, including facing off 15 hungry lions. They stood up from their positions and began to stroll over confidently with their massive balls and wooden arrows in hopes of intimidating the lion pack. Acting united as one, the warrior trio might just be able to push the lions off their fresh kill.

Once successful, Rakhita has only minutes to loot before the lions call their bluff. He swings down his parang and butchers the wilder beast swiftly and decisively before making a hasty retreat.

If you steal the kill and nobody is hurt… that’s when you can relax and feel happy.

They must have balls of Bitcoin, if it goes wrong you lose everything

Well, knowing how the price of Bitcoin plummeted like a wrecking ball, same goes for their balls if the lions realise it’s a hoax.

And somebody is talking about going vegan…

I saved this to my “motivation” playlist

Lions are not used to be charged by predators this way. So naturally when these men charged towards them pretending to be dangerous. Those 15 lions ran for their lives. This is very risky bcuz if they sense fear. Then those men would also be their lunch.