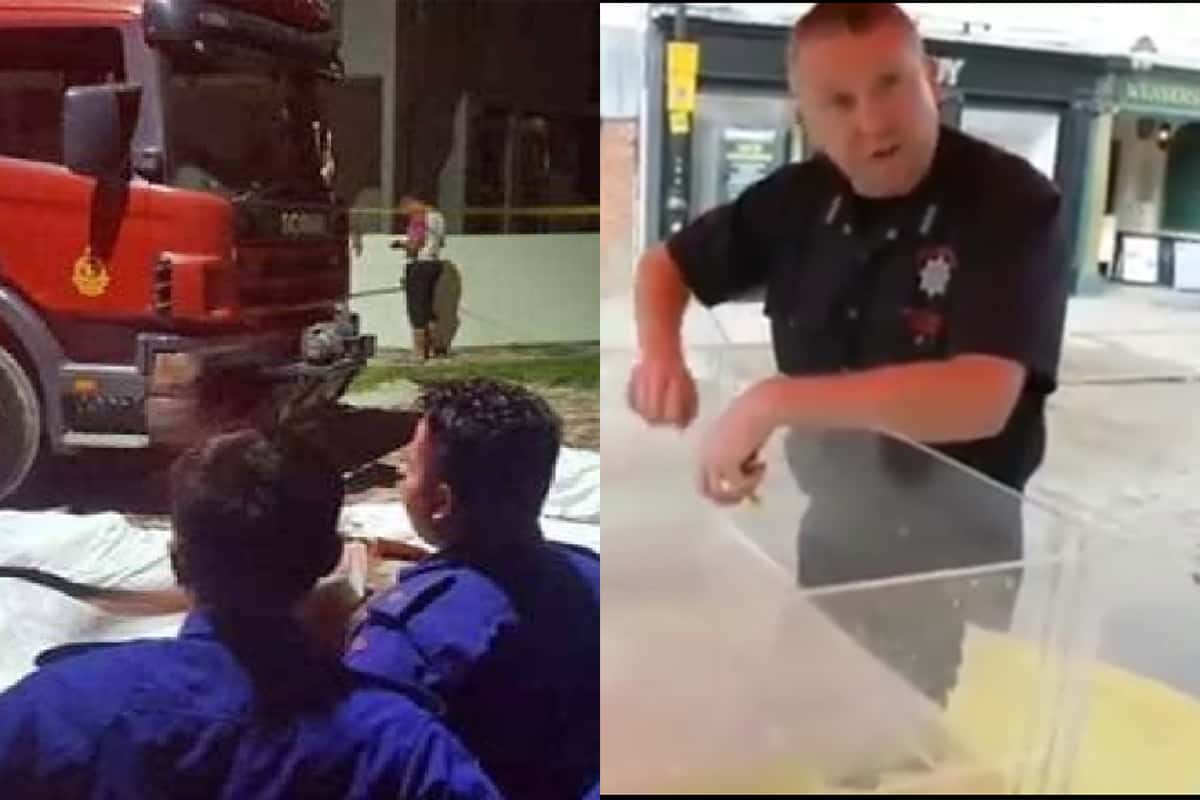 The passings of six rescuers while on a rescue mission in a mining pool at Taman Putra Perdana, Puchong Wednesday (3 Oct 2018) was the most depressing scenario of serviceman casualty ever, as indicated by Fire and Rescue Department of Malaysia chief general Mohammad Hamdan Wahid.

Minister of Housing and Local Government Zuraida Kamaruddin and Balakong assemblyman Wong Siew Ki were likewise at the doctor’s facility to comfort the relatives of the victims in the tragedy.

A possible explanation of how it happened

A day later, a Facebook Page named WIWC Wan Imran Wan Chik uploaded a UK search and rescue (SAR) video which could be a possible explanation and visual demonstration of how the 6 heroes were killed during the rescue mission.

The UK SAR officer demonstrated that when there is a significant drop in the water level (due to it flowing out into another opening) which causes a lot of bubbles in the water,  it becomes very light and a change in buoyancy. This affects how you swim and get out.

He described how the firefighters could have got caught up in what he calls a “washing machine” effect and simply cannot get out of the water. Being a good swimmer does not help much either – the water will pull back the firefighters back to the weirs and dunk them back into the water. With increasingly tired muscles, hyperventilation and increased heart rate, the divers will eventually give in and drown in the water.

We are telling people to never ever jump into water waves, don’t ever ever go around any of the water features…

How to escape the weir effect or hydraulic “boil”?

A Facebook User by the name Sherman Yap, however, pointed out that there is a slim chance of surviving a hydraulic boil.

If you get caught in a low-head dam try to stay with the boat or on-top of anything that floats, for as long as possible.

1. The water above the dam picks up speed as it is squeezed over the top of the structure.

2. Fast moving water plunges to the bottom of the dam, forcing the water already there to the surface. Water is then forced back down to the bottom by the water falling over the dam, and the cycle repeats itself.

3. To escape this action, curl up, dive to the bottom, and swim or crawl downstream.

Other illustrations of Weir Kills

The weir effect or hydraulic “boil” is also illustrated in an older video made by the UK rescue teams:

And another video to show the sudden change in water level resulting in a hydraulic “boil”: