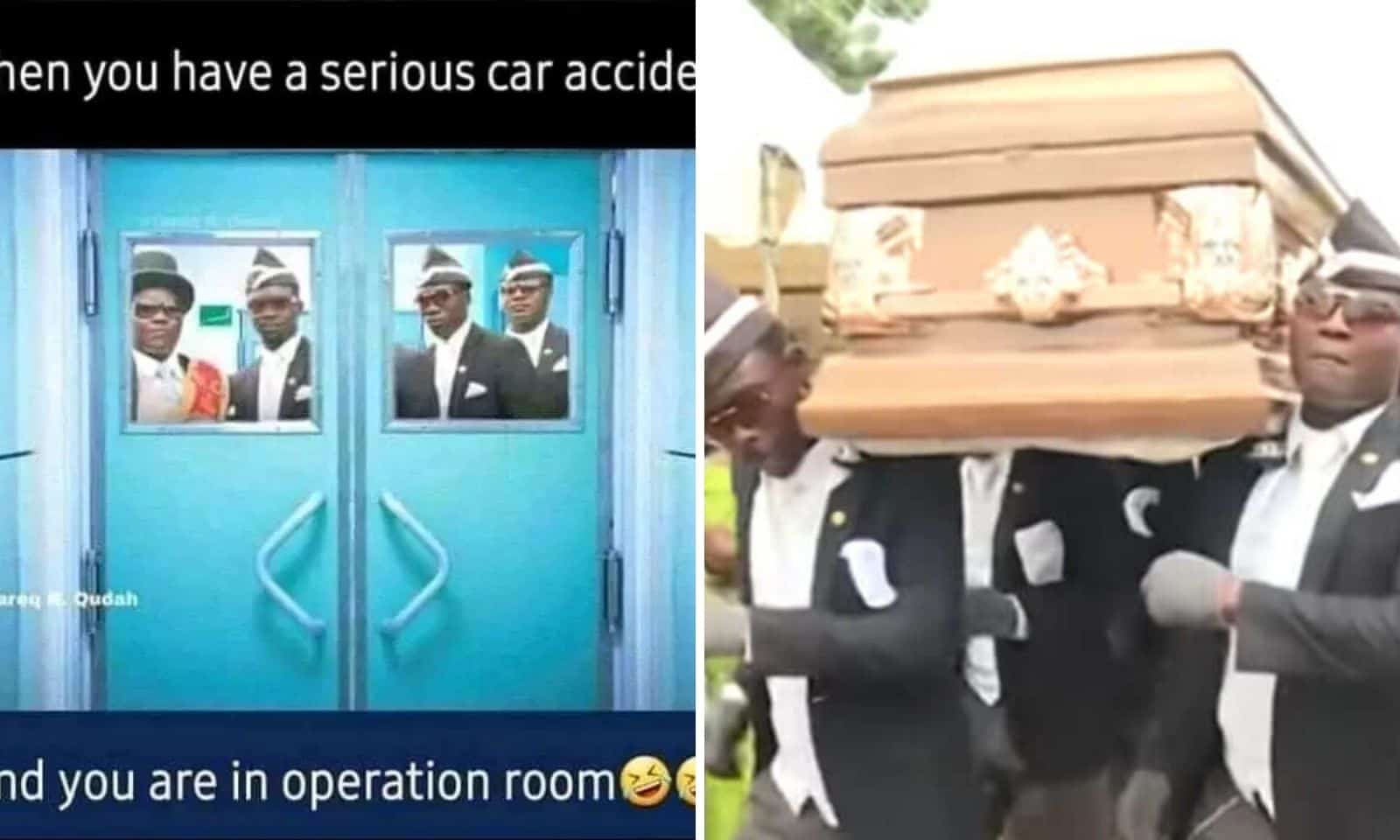 We all saw the random memes of dancing African pallbearers on our Facebook feeds in the last 2 months or so. Usually inserted at the end of videos and GIFs that end with an epic fail, much like the “To be continued” and “Directed by Robert B Weide” memes. In fact, it has probably effectively replaced them as the top meme of 2020. Here is how the dancing coffin meme all began.

It first surfaced on YouTube back in 2015. Posted by a YouTuber, Travelin Sister, she recounted that this video was taken during her trip to Ghana, West Africa to attend a funeral for her mother-in-law and witnessed the amazing performance.

Check out the 6 minutes video without any meme music (Astronomia 2K19) in the background:

There is also a version of the pallbearers messing up their performance, consequently failing to stop the corpse from falling out of the coffin.

Guess who is not getting paid that day.

BBC Filmed a Documentary on the Coffin Dancers

Two years have passed the original video upload, and the Pallbearers from Ghana has attracted the attention of BBC News. They uploaded two videos about the funeral dancers for hire, which trended in 2017.

They described them as dancers who are up for hire for mourners who want a more upbeat funeral. The pallbearers’s objective is to lift the mood at funerals in Ghana with flamboyant coffin-carrying dances, and also claimed that the choreography could be customised to suit the grieving family’s requirements.

However, as meme culture was still not well established at the time, the pallbearers quickly faded from the limelight and were never to be found until 2020.

Although it is unclear who had the idea of making the Ghana pallbearers a meme, the earliest known viral version of the meme appeared on Tiktok on 26 February 2020. Streamer @lawyer_ggmu inserted the dancing pallbearers at the end of a video with a skier who unsuccessfully jumps on a springboard.

Instead of a regular fail video that shows the demise of the skier, the dancing pallbearers cuts into the clip, which adds to the comedic factor of the video. Not to mention, the whole clip takes place with Astronomia 2K19 (Radio Edit) by Tony Igy playing in the background.

To simply put, the dancing pallbearers indicate that the video ended in tragedy or led to a fatal outcome.

The trend of the Ghanaian pallbearers continued to develop through March and April, where the dancers are often portrayed as the harbingers of imminent death or the modern Grim Reaper.

Even when used in static images, the memes are still effective without the usage of the Astronomia track in the background since seeing the 4 African black men alone will trigger the track to play in your mind anyway.

As the coronavirus becomes a trending meme topic, the coffin meme continues to surge in popularity.

Maybe we might see the Ghanaian pallbearers in an Ellen Show one day!

Have A Bunch Of Great Photos With Your Ex In It? Hire An Artist To Edit It!

Home » How Did The Dancing Coffin Meme All Begin?